The Tower was a nine-meter high wooden structure clad in corrugated plastic. It was translucent on one side, and transparent on the other. As a shelter it hosted meetings, performances and events, and completely closed it worked as an exhibition space. 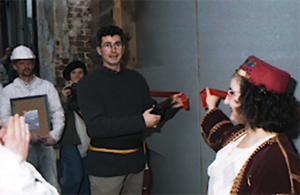 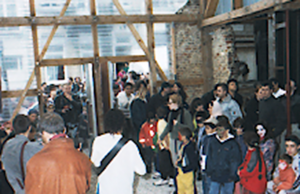 Its red lighting ironically referred to the red light district it was in, and automatically switched on every evening with the streetlights. This gave the tower its name of lighthouse. The strong image aimed to become the trademark of the area. 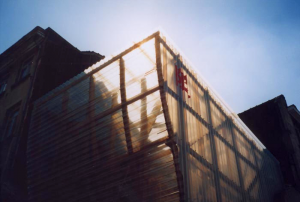 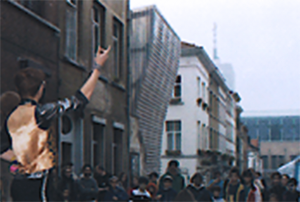 The tower was designed by Chris Rossaert, built by local apprenticeships training APAJ and financed by the JP Morgan Bank and the Flemish Government. Started as a solution to illegal dumping, the construction soon turned into the core of social and cultural activities by local school, shopkeepers and community organisations. The tower won critical acclaim for architectural merit as well as for initiating Limite Limite . It was inaugurated in 2000, and was taken down as part of Relimite in 2004. 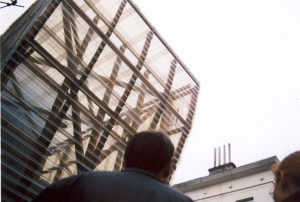 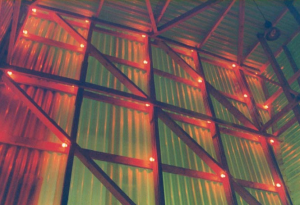