2008 London
Router is a tool that enables users to:
– create a place for discussion in public space
– interrogate people about different subjects in a playful way
– divide a target audience in 8 sub-categories 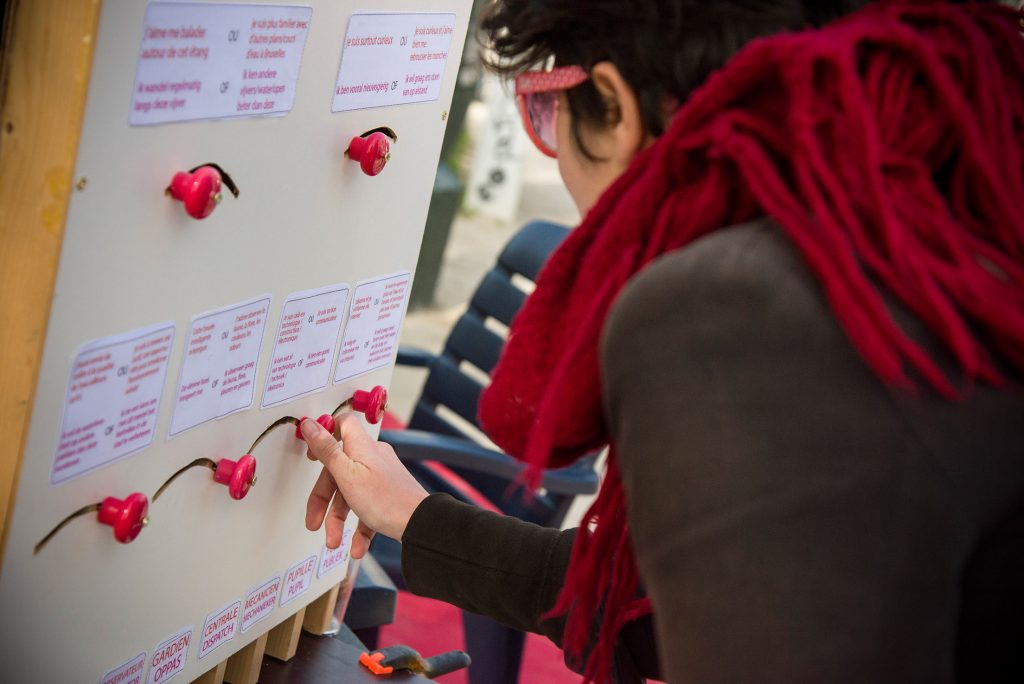 The router is a wooden box with 7 cranks that aims to extract information in a playful way. The interface can be adapted to different themes simply by changing the questions alongside each crank.

Like a real router, the Router has one input and several outputs. A wooden skeleton is hidden behind a smooth board on which seven questions are displayed. At each stage the participant is obliged to move a crank to answer the questionnaire. Once the questionnaire is finished the participant introduces a small ball, which makes its way into the wooden structure according to the answers given to the questions. The ball lands in one of the 7 sub-categories defined previously.