Four years after its inauguration the Tower Limite Limite had to make way for a more permanent structure. For, the initiators this was not the end of the project, but rather a new beginning. The tower was dismantled and the material stored in a shipping container and shipped to Belfast in Northern Ireland. 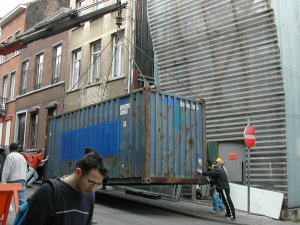 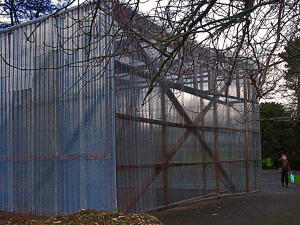 There, with the help from the British Council, a local/transnational coalition was built with local training Belfast Institute, the local council, Ulster University and local arts collective Catalyst Arts. 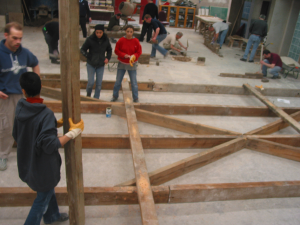 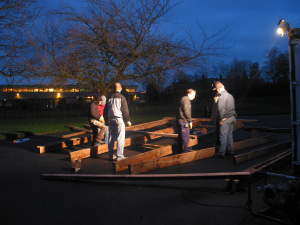 An all women builders team from Brussels together with a local team of apprentices started building a new pavilion in Belfast’s Botanic Gardens. The visual concept was the Limite Limite Tower collapsed on its side. Lawrence Street workshops finished the building in January 2005. For almost a year the pavilion hosted concerts – classical, folk, indy – visual arts, debates, film screenings and architecture workshops. 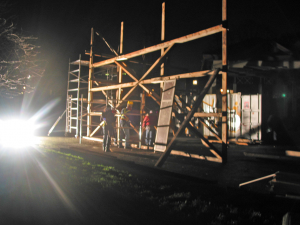 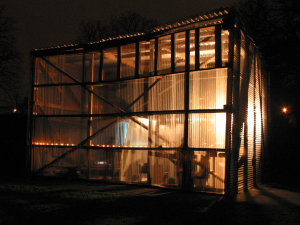