The Onyx Art Fair was inspired by an evaluation Ann Kennedy held during the launch of Carbuncle’s Maze in November 2005. On 11, 12 and 13 September 2006 art workshops were organised for a total of 501 primary school children from Tottenham Hale, a ward of very low affluence where a quarter of the population is under 14, and with a rich ethnic mix. 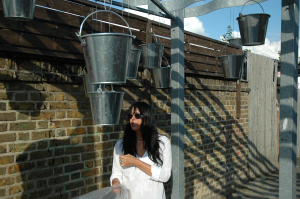 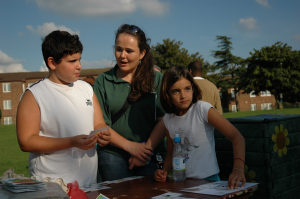 Children used scrap material donated by recycling projects to make their artwork. At the same time local artists organised an art fair showing the work of Anita Rivera, musicians Sinister Sounds held a showcase for the park, and Luna Nera screened the Rwandese-French animation film “Kirikou and the Sorceress”. 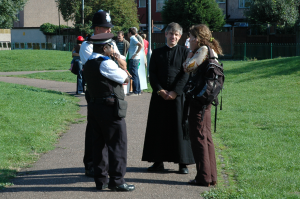 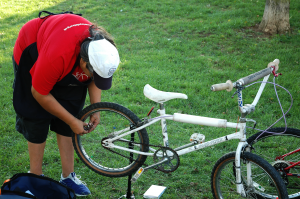 The Art Fair was an opportunity to involve local politicians, civil servants and community workers, and to start building a coalition that can influence development in a positive way. About 300 people took part in the activities, almost all of them local residents, with the youngest 3 years old, and the oldest 86 years of age. 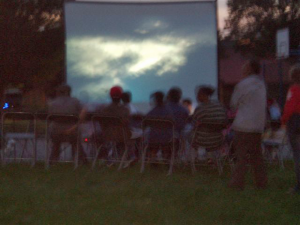 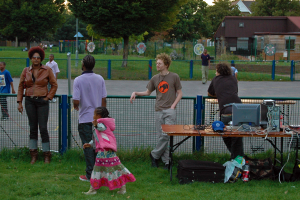